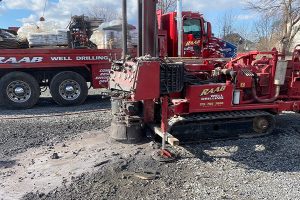 The facility was the subject of a used motor oil and antifreeze release, as well as a heating oil release., discovered during underground storage tank (UST) removals in 2020 conducted by Coventry Environmental, Inc. (Coventry). RMS conducted a site investigation in October 2020 which include the collection of twelve soil samples and two groundwater samples. The objective of the soil sampling was to delineate the releases and the objective of the groundwater sampling was assess potential impacts to shallow groundwater. No soil concentrations exceeded their most stringent PADEP Statewide Health Standard (SHS) Medium Specific Concentration (MSC). Groundwater analytical data were obtained from two temporary well points, one west of the tank field and one in the center of the tank field. Groundwater analytical results were compared to Residential Statewide Health Standards (RSHS) as presented in 25 Pa. Code Chapter 250. Lead was detected above the groundwater RSHS.

Four (4) USTs were removed by Coventry. The four USTs removed were: 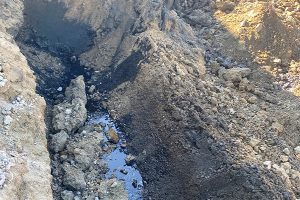 RMS oversaw the installation of 3 bedrock monitoring wells down to approximately 45 feet. The bedrock contains numerous near-vertical fractures or joints.  Fractures can be developed along bedding planes or occur inclined at steep angles.  The degree of fracture development and their orientation are variable between the interbedded layers due to differences in physical properties, including grain size and hardness.  Harder, more competent rocks generally show more fracturing than pliable units.

RMS’s groundwater investigation has shown that the bedrock aquifer has not been impacted by the releases from the above-reference USTs.

What’s next: RMS will collect a total of 4 quarterly groundwater samples showing that the groundwater in the bedrock has not been impacted. RMS will submit on behalf of the client a soil and groundwater release of liability to the PADEP for the contaminants of concern showing that the site has been remediated to meet residential statewide health standards.